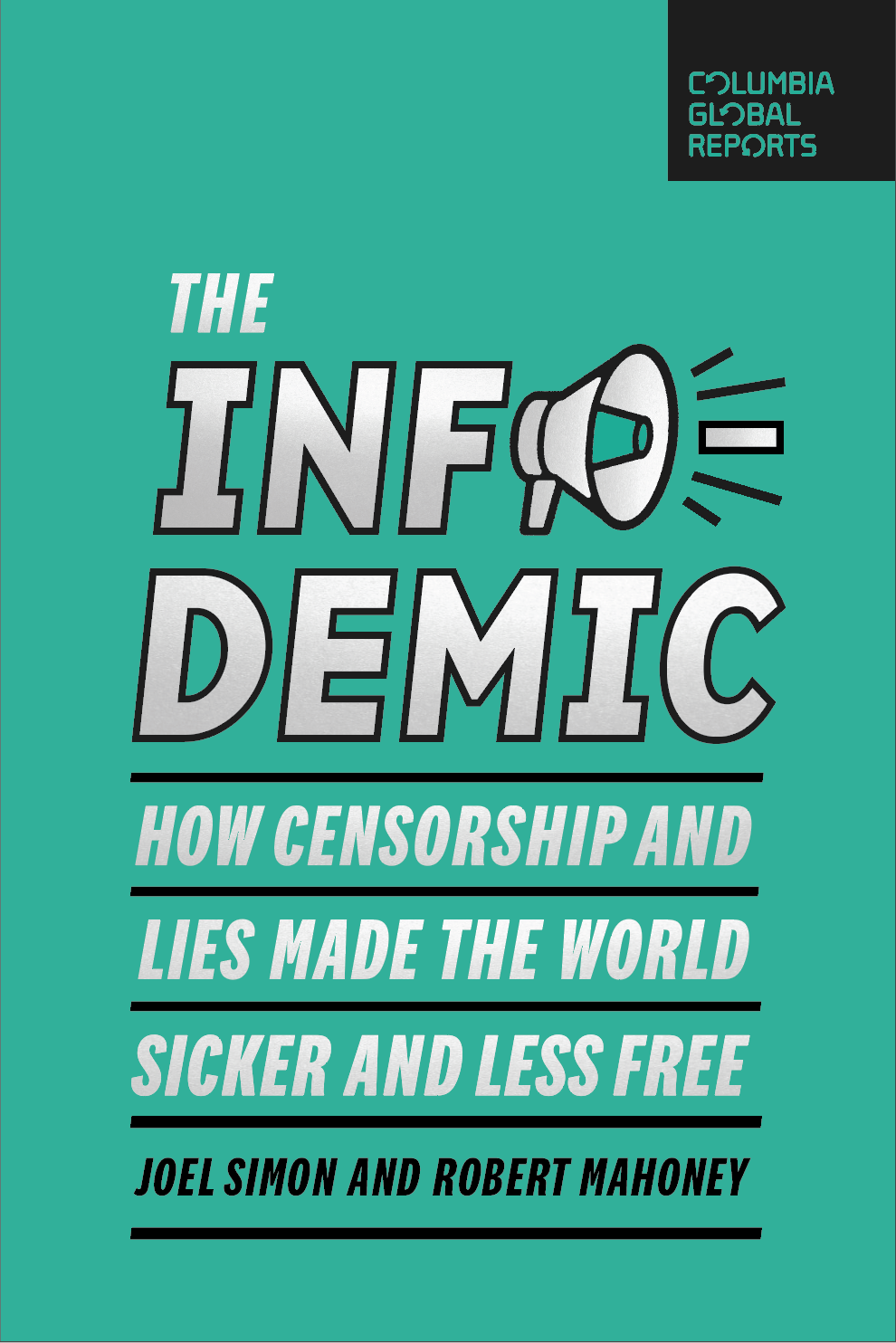 How Censorship and Lies Made the World Sicker and Less Free

As COVID-19 spread around the world, so did government censorship. The Infodemic lays bare not just old-fashioned censorship, but also the mechanisms of a modern brand of “censorship through noise,” which moves beyond traditional means of state control—such as the jailing of critics and restricting the flow of information—to open the floodgates of misinformation, overwhelming the public with lies and half-truths.

Joel Simon and Robert Mahoney, who have traveled the world for many years defending press freedom and journalists’ rights as the directors of the Committee to Protect Journalists, chart the onslaught of COVID censorship beginning in China, through Iran, Russia, India, Egypt, Brazil, and inside the Trump White House. Increased surveillance in the name of public health, the collapse of public trust in institutions, and the demise of local news reporting all contributed to help governments hijack the flow of information and usurp power. Full of vivid characters and behind the scenes accounts, The Infodemic shows how under the cover of a global pandemic, governments have undermined freedom and taken control—this new political order may be the legacy of the disease.

“At a moment when censorship and its close sibling, weaponized misinformation, are shaking the foundations of democracies around the world,  Joel Simon and Robert Mahoney bring us an important dissection of that crisis—and gripping stories from its frontlines. The Infodemic is an essential record.”

A sobering account of how governments have used Covid-19 as a pretext for limiting freedom.